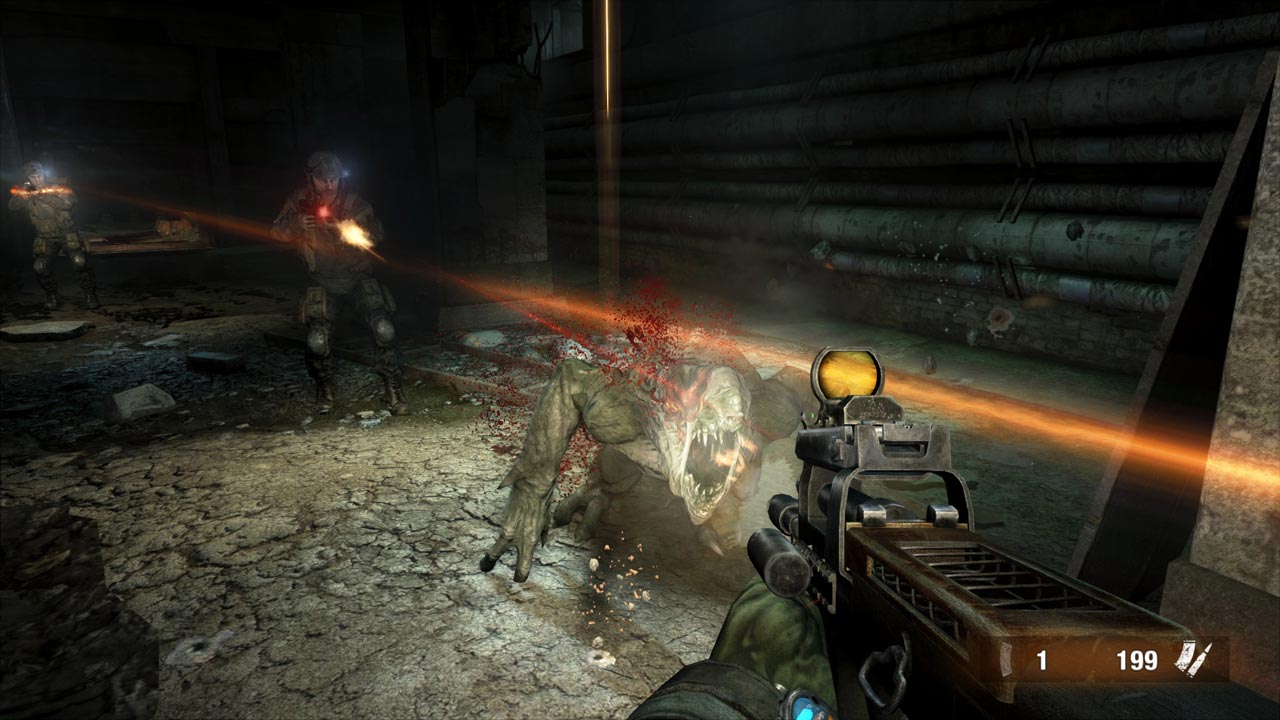 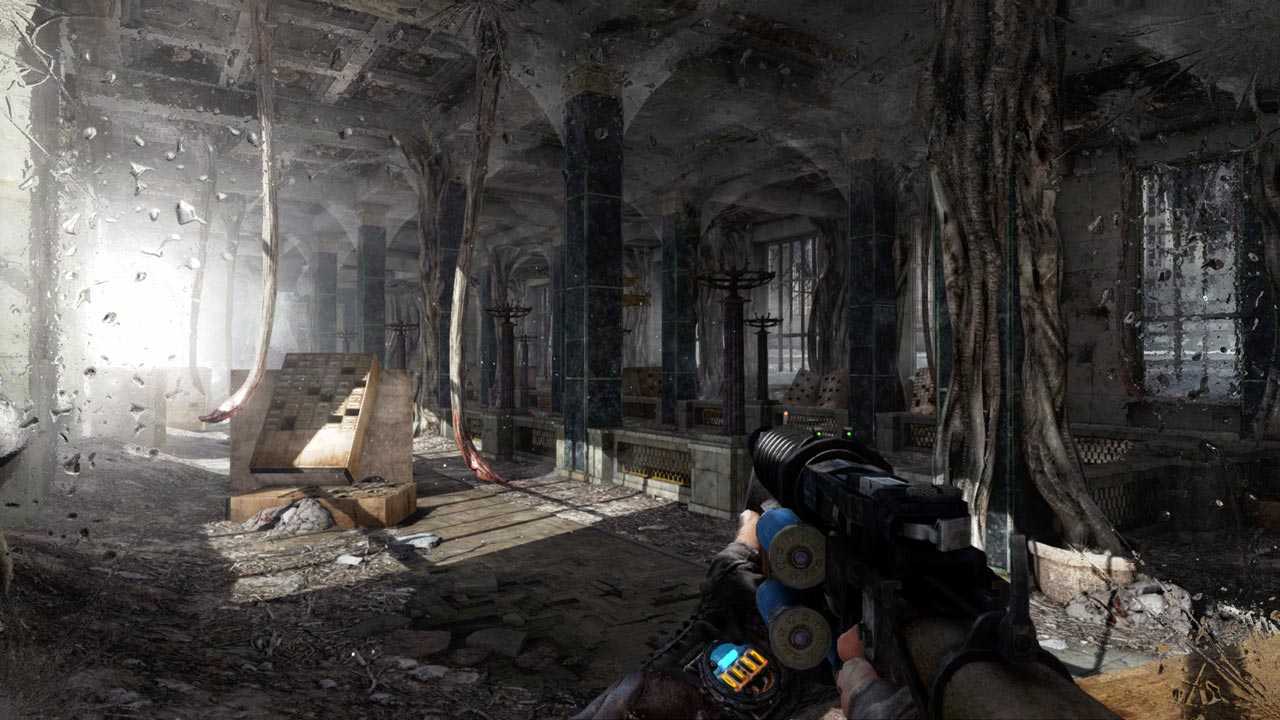 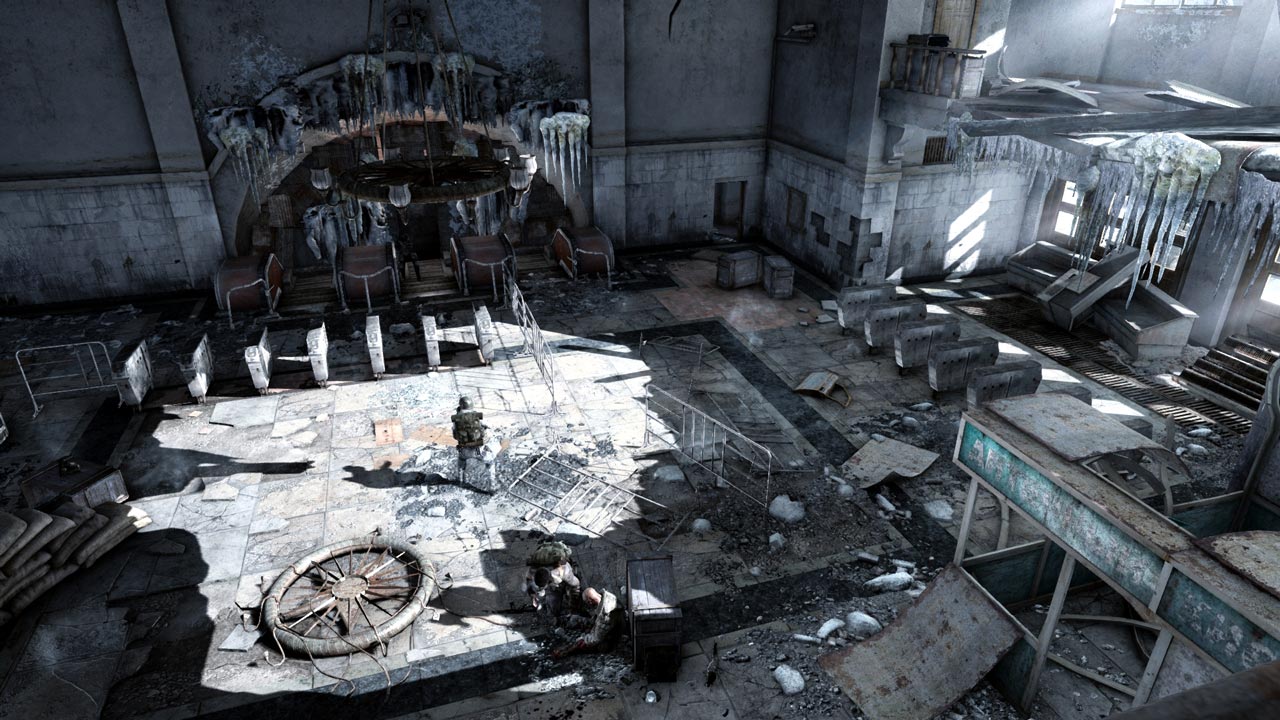 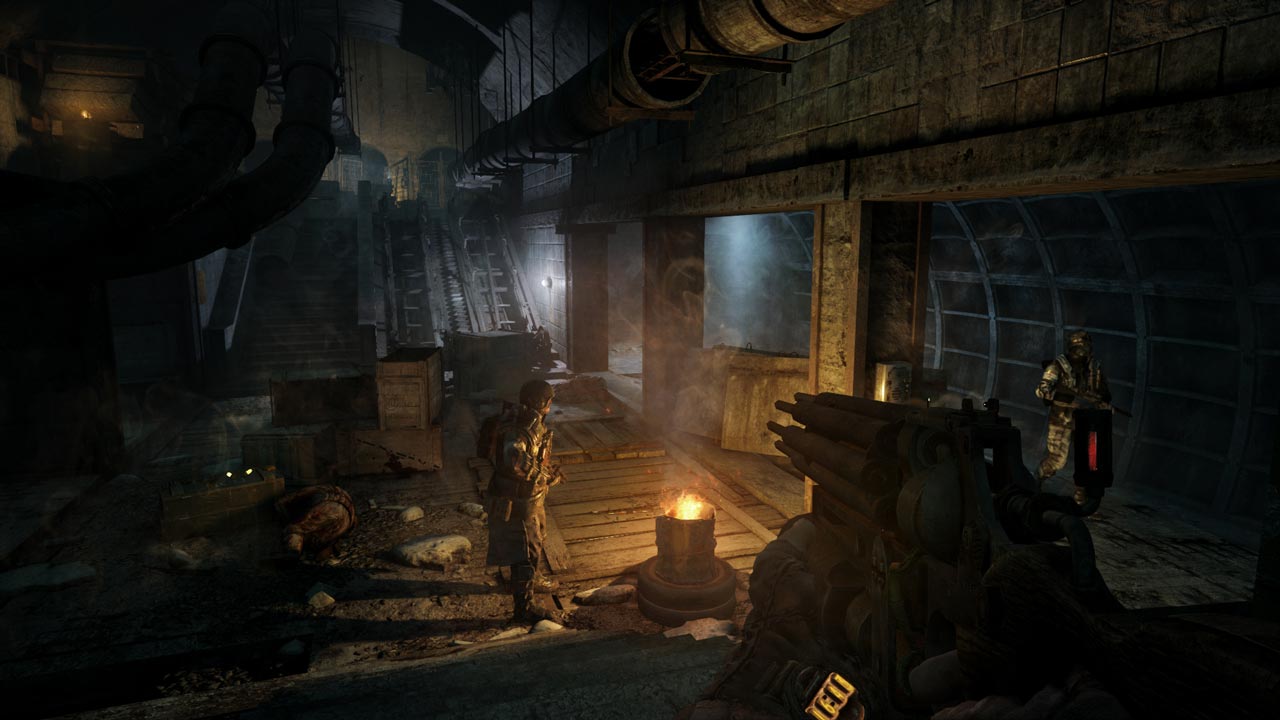 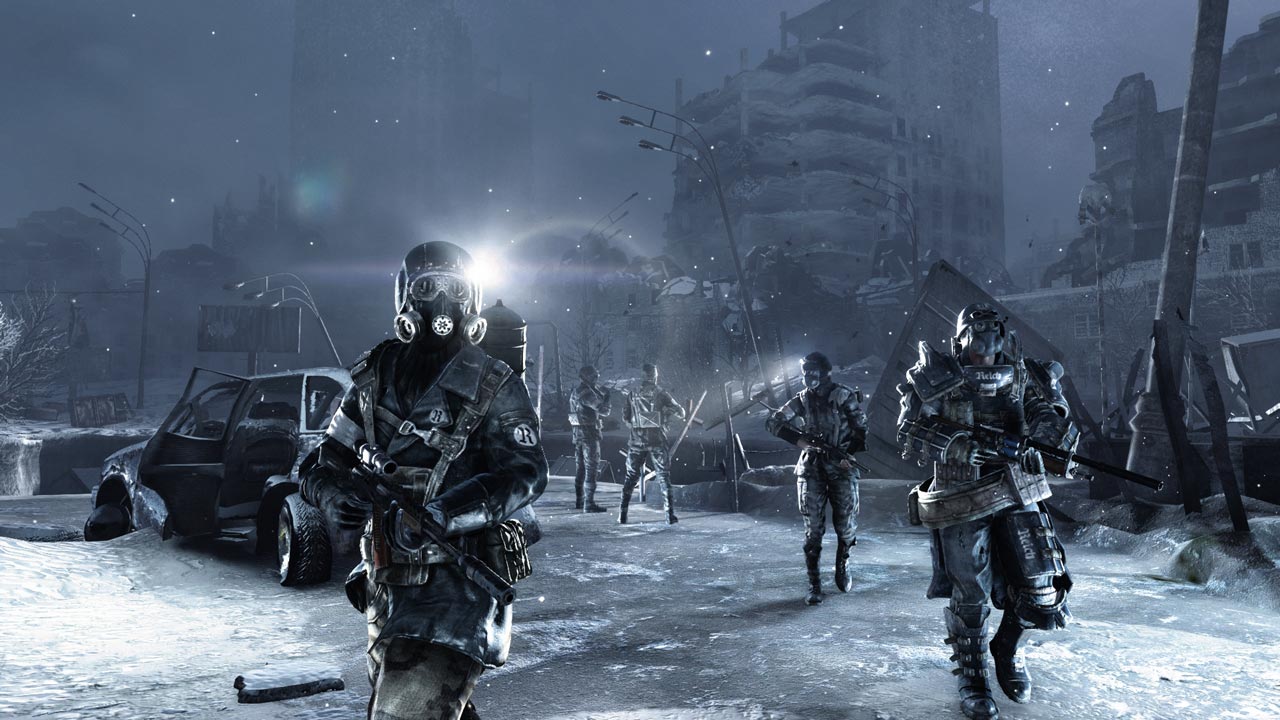 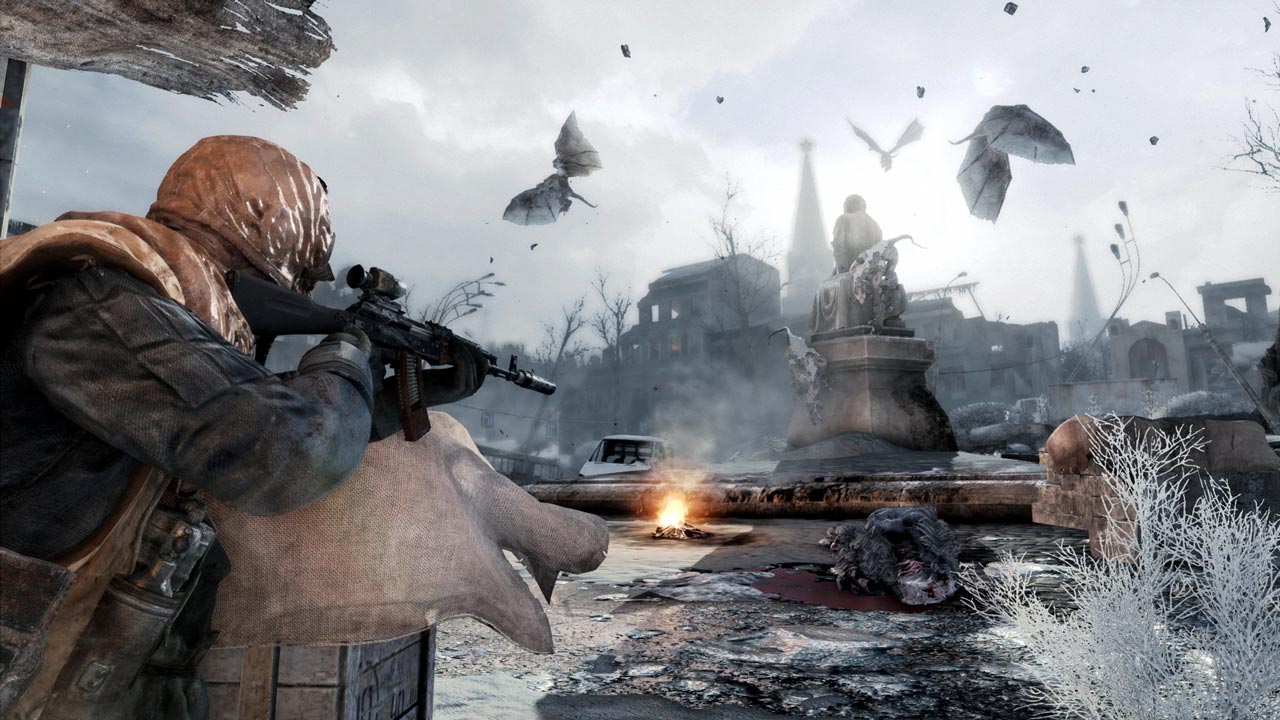 Mr. Key information about the seller and his items
offlineAsk a question


DESCRIPTION:
In 2013, an apocalypse struck the world, which almost completely destroyed humanity and turned the surface of the Earth into a poisoned wasteland. A handful of survivors took refuge in the depths of the Moscow metro, and humanity plunged into a new Middle Ages.
It is the year 2033. An entire generation has grown up underground. The besieged station towns fight among themselves for survival, and terrible mutants roam outside the cities.
Your name is Artem. You were born in the last days before the Earth burned, but you grew up underground. Before you did not go beyond the city limits, but the fateful event made you go on a desperate journey to the very center of the underground labyrinth to warn the survivors of the monstrous threat hanging over them.
From the abandoned dungeons under the metro your way will lead to the surface, to the wild abandoned lands, where your actions will decide the fate of humanity.
But what if the real threat is internal?

Metro 2033 Redux is the most complete and best version of the iconic Metro 2033 game, re-created on the 4A Engine graphics core for the latest generation gaming systems.
Fans of the original version will see how the world of Metro has changed, acquiring incredible lighting, physical laws and changing weather.
Players who are not familiar with the series will receive one of the best storyline shooters in the entire history of the genre - an epic adventure that combines an exciting Survivor Horror, exploration of the terrain, tactical battles and stealth.
What appeared or changed for the better in the game mechanics in the continuation of Metro: Last Light, was transferred to Metro 2033 Redux - an excellent AI, interface, animation, mechanics of handling weapons and much more. Both new and experienced players will admire.

KEY FEATURES:
• Go down to the depths of the Moscow metro - one of the most atmospheric worlds in the entire history of games will appear before you with stunning updated graphics of the next generation and a refresh rate of 60 FPS
• Survive the horrors of the Russian apocalypse - put on a gas mask, fight off terrifying mutants and hostile people and survive in a deadly environment
• Updated graphics, new build - more than just the HD version. Metro 2033 appears in a new build on the significantly improved Last Light engine, so that this version of the cult game can be enjoyed by both long-time fans and those who are interested in it for the first time.
• Two unique game styles: “Spartan” and “Survival” - fight for survival in the “Survivor-horror” style or use ranger combat skills
• Legendary Ranger Mode is back - do you have the courage to play in super-complicated Ranger Mode? Without a graphical interface, with deadly enemies on every corner and with a constant lack of ammunition, you are guaranteed a full immersion in the atmosphere of the game

Activation Instructions:
1. Download and install the Steam client - http://steampowered.com/download/SteamInstall.msi (if not already installed)
2. Run it. Create a new account or go to an existing one.
3. Copy the resulting link and paste it into the Internet browser.
4. Log in to your account and take a gift to your library or add it to your inventory (you can transfer the gift to someone else)
5. After activating the game will appear in the library and it can be installed